Everyone's favourite Euro brand is back with another tasteful selection of decks, as well as some nice little side bits. 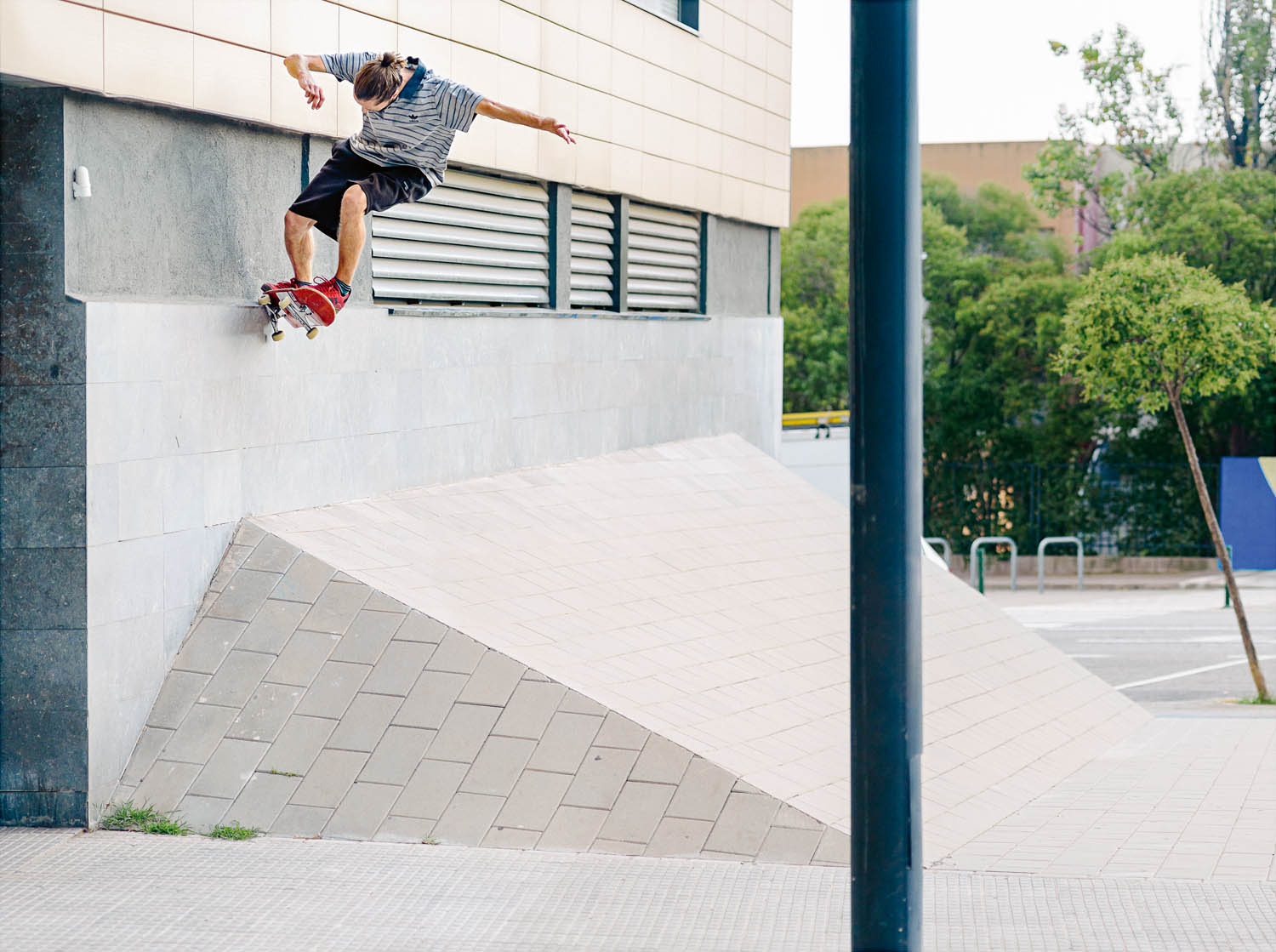 The collection features a wide range of new pro decks for the team's skaters, all of which feature that signature Sour blend of humour and minimalist design. Koffe Hallgren's 'Nuke' deck is a personal highlight with its depiction of God sat atop a mushroom cloud and its sleek two-tone colourway making it a strong contender both visually and politically. The equation of God and nuclear devices offers a damning portrayal of modern society, and harkens back to the good ol' days when skateboard graphics were meant to piss people off. Just as it should be.

On the other end of the spectrum, professional cool guy Simon Isaksson's 'Centihund' deck features a surreal image of an 18-legged sausage dog floating in front of a cloud background, which offers a somewhat less controversial image than Hallgren's 'Nuke'. Unless the cloud background is meant to signify that this 'Centihund' is God's true form, which is something we could definitely get behind.

In line with the theme of animals, Albert Nyberg's 'Ventura' deck - available in 8" and 8.25" - pays homage to Jim Carrey's legendary film 'Ace Ventura: Pet Detective', with Sour now joining the likes of Hockey and Skate Cafe by using classic films as a source of inspiration. We're still waiting for a 'Jay and Silent Bob' deck though.

Alongside the new pro decks, Sour have delivered another iteration of their 'Box Logo' series, this time with a food-focused theme. All the decks feature a block-colour bottom with a box in the center containing some variety of bizarre image. While we're not entirely sure what the food in most of the pictures actually is - beyond the word used to describe it - if these meals are the secret to skating like Gustav, it's no surprise that there's nobody else quite like him.

Alongside these decks, Sour have brought us a bangin' range of side dishes including socks, a cap, and some 'licious looking wax that'll immediately make you crave a Damm Limon. The 'Sour' socks - available in black, cream, and yellow - have a two-tone colourway with alternating colours on the toe, heel, and top as well as some big ass Sour logos so you can feel like you're sponsored.

Simon Isaksson's 'Centihund' graphic also makes another appearance, this time in the form of a 6-panel dad cap, with the 'Centihund' logo embroidered on the front and an adjustable strap at the back.

That's enough chit-chat though, scroll down to browse the whole collection or click here to check out the full range of Sour goodies available here at CSC. Safe.