Bringing you the latest and greatest skateboard news from the last week, including the new Drug Store video, the return of Matt Gottwig, and a double dose of Gifted Hater. 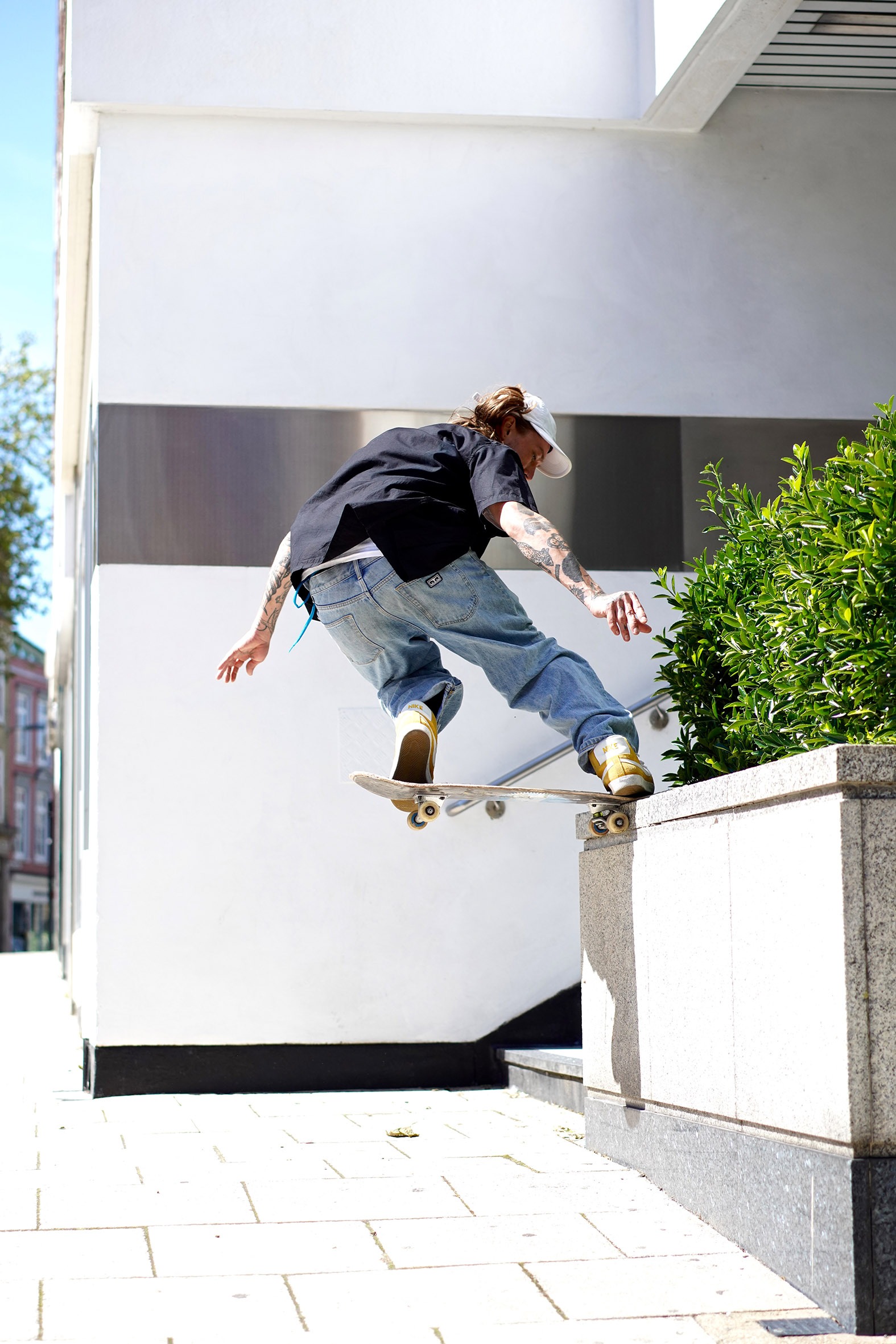 The legends over at Drug Store have released a new full-length video, Lavengro, showcasing the finest talent Norwich has to offer. In an extremely bold move, the video hasn't been released online and is available for purchase from skate shops, alongside an accompanying 24-page zine by filmer, Danny Jackson. It's easy to forget the amount of blood, sweat, and tears that go into filming a video when everything is spunked online for free, so respect to Drug Store for demanding compensation for their efforts and keeping the tradition of skate shop videos alive. We're particularly big fans of the Penguin Classics-style DVD case, and we're sure Mark Suciu will be too. The intro montage is up on Vague, alongside a bangin' interview with Danny and Drug Store himself, so you can get a sneak peak of what's in store for you if you fancy being the first person in ten years to pay for a skate video.

Issue 4 of Skateboarder’s Companion is out now, featuring loads of good stuff, including an interview with our very own Don Irfan. Make sure you come grab one from the shop before they’re gone to find out the origin story of everyone’s favourite Cute Asian Boy.

Spit and Sawdust held their annual Halloween Skate Jam with lager, costumes, and antics aplenty. Gotta admit I didn't step foot in the park the whole night but I'm sure some good skateboarding went down at some point... probably. Special mention to the boys in Natural Order for their top-tier costumes - it's not every day you get to see Rorschach and Travis Bickle performing together. Purveyors of all things worth paying attention to, Free Skate Mag, have published their interview with UK legends, Chewy Cannon and Morph. This one’s full of love, laughs, and life lessons; you don’t wanna miss it. Both these boys are currently injured after Morph fucked his ankle last week, make sure you send healing vibrations their way.

Big congrats to Marcus Palmer on turning pro for Karma Skateboards, looking forward to seeing his part in the new Get Lesta video when it comes out.

House of Vans have announced they will be reopening this week after being closed for over a year. They’ll be screening ‘Skating and Talking’, a new documentary in partnership with VICE about Ben Raemers, as part of a Ben Raemers Foundation event which will also feature a panel discussion and skate jam to celebrate Ben. Be sure to head down to this if you can to pay homage to one of the UK’s most beloved skaters.

Thrasher has blessed us with an ‘Out There’ video with the patron saint of skateboarding, Fred Gall. Uncle Freddy takes us round some classic New Jersey crust, before visiting what’s left of the legendary Love Park and talking us through some old footy. So sick to see Fred looking healthy and having fun skating. This one’s a must-watch.

Franky Villani has a new part out for Dickies, 'Alone With My Demons', which is filled with some classic Franky bangers. Although I did think it lacked some of the quirkiness of his older parts, there’s hammers aplenty and the ender speaks for itself. 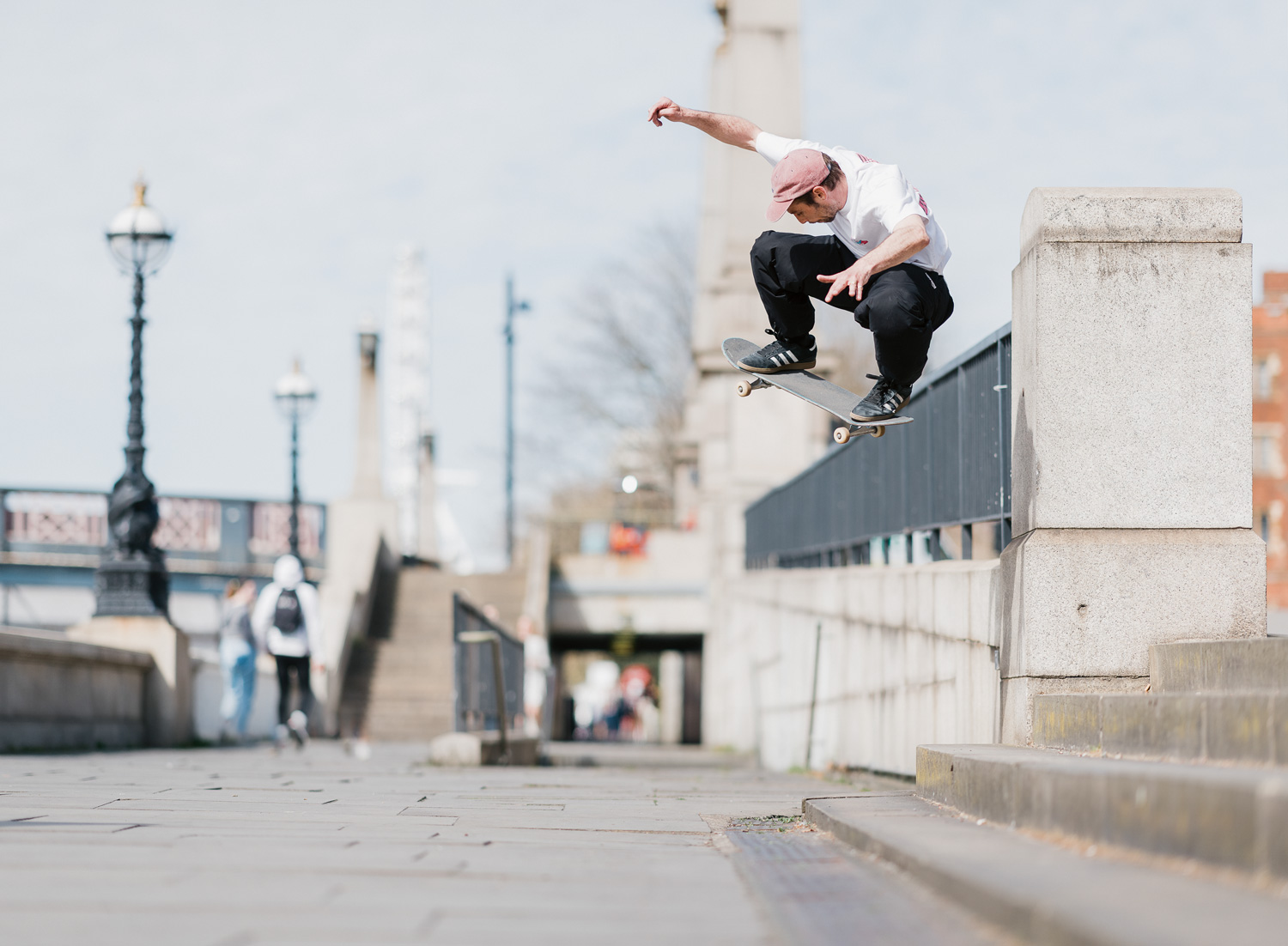 Legendary hucker, Zero’s Tommy Sandoval, has started a GoFundMe to help get him back on board. The frontside flip aficionado needs an operation to repair his damaged meniscus and needs help with the cost of the surgery and the financial difficulties which will follow it. So, if you want to see the return of the mid-2000s era of ‘go big or go home’ hucking, help a brother out.

Hit You Off Management have come through with a bangin’ little clip filmed at the American Museum of Natural History. The video features everyone you hope to see from a New York clip including Dick Rizzo, Buggy Talls (who it turns out isn’t actually called Buggy Talls), and even German Nieves, as well as some less familiar faces like Ben Tenner whose buttery style stole the show. It’s no secret that we’re suckers for videos filmed entirely at one spot, and we’ve been spoilt for choice the last few weeks with Tom Knox’s new 'Saint Tom Knox' part and now, the appropriately titled, ‘Museum of Sex’.

'Heavy Blue' is a tasteful new San Diego based video by Min Maeweather. Not too much to say about this one, just good skating, good soundtrack, and good vibes.

Matt Gottwig makes a strong comeback in his new part, ‘Birds’, after what seems like an eternity without proper footage from the spectacle-sporting style-lord. In true Gottwig style the part is packed full of lesser-seen spots and even lesser-seen tricks. Full cab switch 5-0 revert? You must be having a laugh.

‘GRISTLE’ is a sick new edit from the ‘Bos’ brothers, featuring the skating of Joshua and Jake Bos and filmed by Adam Bos, these newcomers have got the McClungs running scared. The boys skate some seriously crusty spots that may look like fun but are definitely soul-crushingly difficult to skate. The Bos brothers have managed to make something seriously impressive out of what seems like very little, and for that you have our respect.

The only good thing to come out of the internet, Gifted Hater, has blessed us with not one, but two, epic videos this week. In the latest installation of Hateline ABD - the best thing to rip off Dateline NBC since Skateline went to shit - Tater discusses Nyjah’s attempt at dressing like Christian Hart, the rumours of Kader defecting to Lurpiv, and the TikTok skate equivalent of Cartmanbrah. Gater also did everyone a favour by taking an in-depth look at Trung Nguyen’s earth-shattering last part in Chase Walker’s ‘Respectfully’ video, which features some of the best trick and outfit selection since ???. If you haven’t watched it already, get ready to have your mind blown.

Meme Of The Week: